Marketing to a Non-Traditional Adult Student

Higher education is being revolutionized by the shifting composition and need state of the modern student body. Such a shift proves that today, and in the coming years, the path to higher education does not resemble what has been widely accepted as the status quo –where a high school student receives their diploma or GED and immediately sets off to college or university the following semester. How does this impact higher education marketing?

The trend now shows a growing number of people over the age of 24 starting or returning to higher education in pursuit of any degree, vocation, or certification. The National Center for Education Statistics reports that between 2001 and 2015, there was a 35 percent increase in college students aged 25 to 34; by 2026, that number is expected to grow by 11 percent (“Is College Enrollment Among Older Adults Increasing”). This trend lends the assumption that a definitive understanding of the differences between younger and older students proves crucial for successful higher education marketing and retention efforts.

Older students, commonly referred to as non-traditional adult learners, approach the path to higher education differently than traditionally younger students. The choice to attend school later on in life sets them apart, both physically and mentally, compared to those fresh out of secondary education. This discrepancy between the mental state of younger students and the adult learner causes the latter group to face what is referred to as the confidence gap.

What is a confidence Gap?

In this case, the confidence gap is a varying level of sureness in personal adequacy to pursue and complete a degree at the student’s current stage in life. In a study conducted by LaneTerralever, an independent marketing agency based in Phoenix, Arizona, non-traditional adult learners were asked about personal barriers relating to higher education. In one candid answer, a respondent stated that his barrier is, “the time it would take to start over. At my age, I wonder if it is worth the effort.” These words reflect one out of countless feelings an adult learner has towards the possible pursuit of higher education. As non-traditional student enrollment numbers increase, higher education institutions must understand the barriers and motivations these non-traditional adult students face.

Non-traditional adult students indicate a variety of reasons why their path to education doesn’t align with the norm. Some began higher education on a more traditional trajectory, immediately following successful completion of secondary education, but fall short of completing the program. Reasons for this circumstance vary - insufficient finances may have left them unable to afford tuition and cost of living, lack of necessary guidance and support could result in low confidence and led to dropping out of the program, or the consequences of a significant life event took priority over completing the degree.

A study from the National Student Clearinghouse Center began in 2012 found that only 58% of students who started college had earned their degree by 2018, six years after the fact and two years after expected graduation (“College Completion Rates Are Up, But The Numbers Will Still Surprise You”). Those who didn’t pursue higher education right away likely joined the workforce or military and never found the need or opportunity to go back to school. No matter the origin story, the adult learner interested in higher education stands at a point in their life where the achievement of a degree or certification is pivotal. 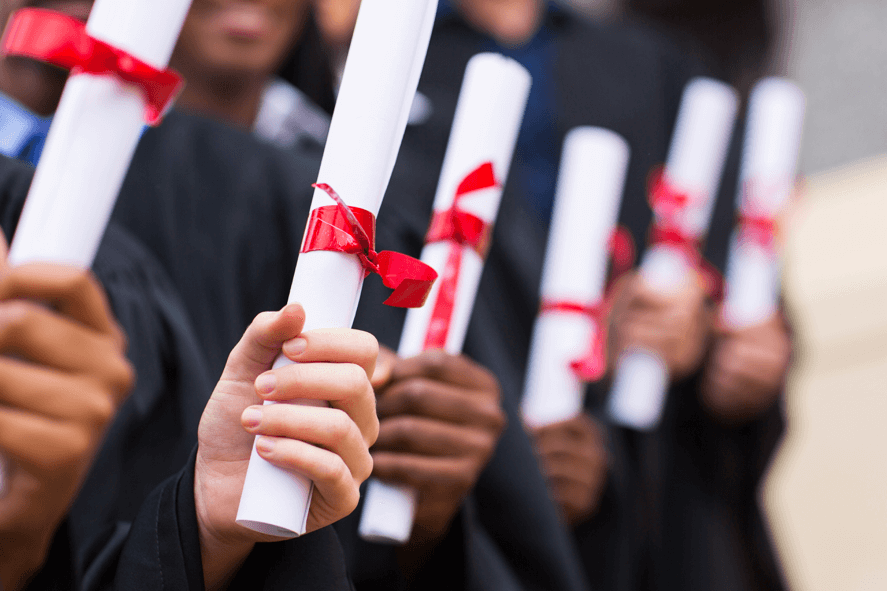 How to Address Student Barriers to Higher Education

Students embarking on the journey towards higher education share a similar experience, regardless of age, when it comes to weighing the options of which institution to apply for and ultimately attend. The difference between traditionally younger students and the adult learner is how the institutions in question align with their need states, which differ significantly.

A student fresh out of secondary education may be looking for a school that supports a strong explorative structure as they figure out what it is they want to study and ultimately pursue as a career choice. They’re also more likely to be swayed by their parents’ influence, be that for them to stay close to home, attend a college with high scoring academics, or pursue a degree that results in a career their parents think best suits them.

In contrast, adult students are pursuing education for themselves. Their close friends or family may also influence their decision to get a degree or certificate, but what it is they choose to pursue and how they go about attending and completing school are more independent and thought-out actions. The highly personal nature of pursuing higher education makes adult students most receptive to marketing efforts that speak to them in their current life stage. This messaging allows them to feel heard and understood, which mitigates the trepidation resulting from the confidence gap and encourages the adult learner to achieve their education goals.

While some see education as the path to a new career, others may see it as an opportunity to climb the job ladder in their chosen industry. Some desire to learn a new skill and want the credibility of an institution to validate their knowledge and some simply seek the completion of a degree they began and didn’t finish. For educational institutions, realizing the different need states of the non-traditional adult learner and speaking to those specifics through marketing and advertising efforts is the difference between a larger, more diversified enrollment pool and the dwindling traditional pool. Knowing how to speak to these students' needs reassures them that the confidence gap they have is not only seen and understood but also may be an opportunity to prioritize the completion of a degree at an institution that will work alongside them to ultimate success.

LaneTerralever is an independent agency that specializes in developing higher education marketing strategies for clients, including Universal Technical Institute, Northcentral University, Rio Salado College, and Touro University Worldwide. As part of our ongoing commitment to better understanding the student landscape, we conduct primary research to help us develop marketing personas for institutions. In our latest white paper, we aimed to gain a better understanding of the motivations and barriers facing non-traditional students as they consider a return to school. Download the white paper here.

Top Factors in Choosing a College & The Impact of COVID-19 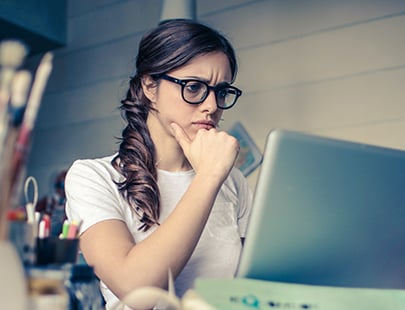 How to Attract Students During a Pandemic: Understanding Motivations & Barriers