Outdoor Influencer Marketing Spotlight: Killer Campaigns and Why They Worked 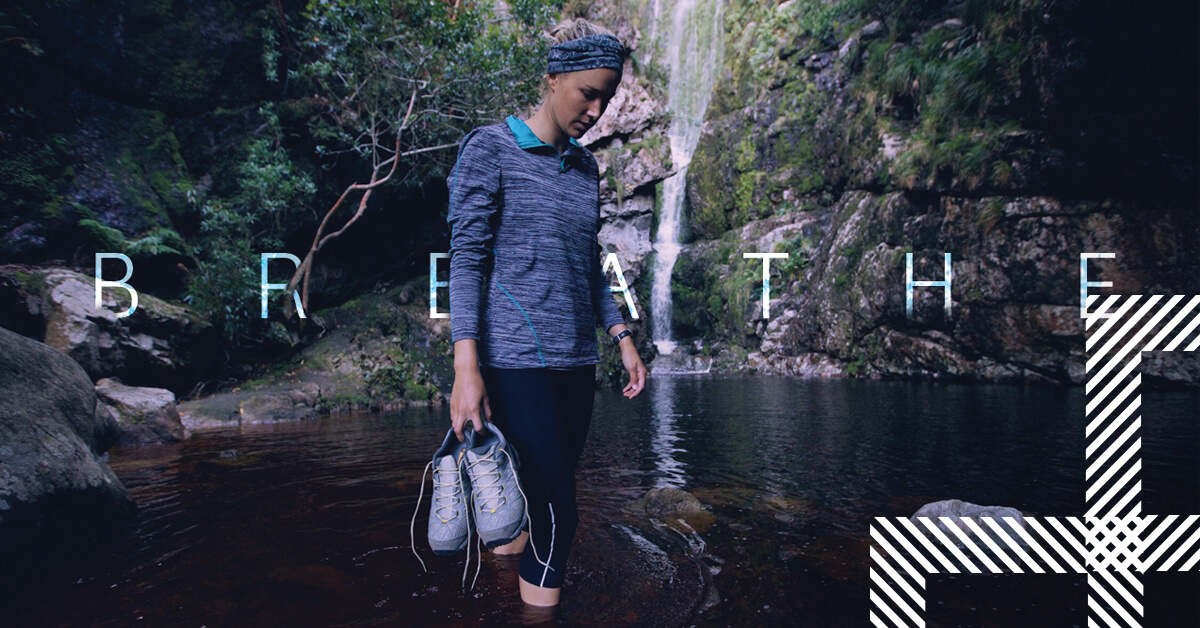 A good story is nice, but to really make it count, marketers have to shake things up and bring the right characters center stage. And — shocker — in our competitive landscape, it’s more important than ever to welcome fresh perspectives that align with the heart and soul of the audience.

Enter “influencer marketing.” It’s become a hot topic for many clients, and with good reason. Influencers help expand the reach and engagement of a campaign. They leverage their audiences for viral-like amplification and awareness. But beyond a visibility play, some brands are mastering collaborative partnerships with influencers to benefit from so much more. Given the nature of their channels and the content they produce, some key influencers possess the ability to ideate, execute and syndicate brand messages through videos, photography, blogging and fully integrated campaigns.

I’m convinced some of the most tasteful examples live in the outdoor industry. Check out my favorite influencer marketing campaigns below.

What is it? To celebrate its 50th anniversary, The North Face brand launched an epic quest to invite its diehard fans, brand ambassadors and newcomers to see life through its lens. Videos, social media posts on Instagram and Facebook, and new web pages (with interesting elements like interactive timelines) helped viewers embrace the calling of the outdoors and consider experiences made possible through the brand and its products. All the while, each testimony reinforced values and ideas that uphold TNF and the outdoor community as a whole.

Why is it special? Question Madness is a call to action. It’s a manifesto that demands reflection and participation. It begs adoption from audiences who also align with the brand’s overarching tagline “Never Stop Exploring.”

And the magic is that it’s not spoon-fed. It has legs, and in fact, that’s the whole point.

Is #QuestionMadness fright or freedom, pain or progress, insanity or calculation?

Over the course of the campaign, brand influencers like Alex Honnold, Angel Collinson, Jimmy Chin and more chimed in to interpret the idea in their own voice for their own niche audience. They shared photos and videos of their journey with the brand and brought the message to new heights in a relatable and authentic manner.

Consider all of these elements at mass scale and you begin to understand the genius of their layered investment.

What is it? Specialized recently added a new bike to its fleet, but it was Peter Sagan who launched it. Literally and figuratively, of course.

According to the first video, Specialized “gave two-time defending world champion Peter Sagan the all-new Diverge and a film crew. And told him he could do whatever he wanted.”

In true Sagan fashion, he tossed care to the wind and opted for donuts.

About a week later, after hype began to surround the spot (“hype” being some 1 million views on YouTube), they followed up with a more technical approach to showcase the product that still played to Sagan’s strengths. The video garnered close to 100,000 views on YouTube alone in less than 24 hours.

Specialized isn’t afraid to embrace the authenticity of its ambassador. Sure, there was likely some behind-the-scenes talk about what could and could not be executed, but the customer-facing message rings loud and clear that this is a brand and a product for those who embrace an edgy personality. They’ve attached tangible emotion to a piece of metal with two wheels. And given the celebrity and cultish following of Sagan in the cycling and performance world, this content is spreading like wildfire.

The videos were unpredictable, unforgettable and downright fun.

If you’ve got the right talent on your team, it’s not a terrible idea to let them do what they do best now and again. And proper talent starts with hiring and activating individuals who embody your brand to their very core. Instead of press releases, single posts or catalog links, Specialized had the wherewithal to inspire a viral brand campaign a la Peter Sagan.

Purveyors of top-notch coolers, drinkware and other outdoor gear, YETI has hit its stride with content marketing over the last year through promoting the subsequent lifestyles made possible with a little help from its products. They’ve established themselves with hunters, fishermen, backpackers, campers, weekend warriors and everything between.

These two particular films take the cake in my book, as they exhibit incredible storytelling.

With regards to Denali’s Raven, kudos goes out to YETI for embracing the (long overdue) push for equal representation of women in the outdoors. And engaging with the issue, rather than ignoring it, has translated into countless shares and amplification of the story from those who may or may not be totally invested in the industry, but who align with the message and the cause.

The story follows an Alaskan mother, Leighan Falley, who works as a bush pilot to fly adventurers in and out of the Denali Wilderness. The story does not lean on “This is our product and here’s what it does.” On the contrary, the plot instead elevates Leighan and her unique lifestyle as something customers can relate with or aspire to become.

She is “their people,” and those people keep sharing her story. Multiple publications and outlets proudly shared her story to spread the hype. Largely because Leighan’s story totally jibes with that of their readers and fans.

On the other hand, Offseason plays into the mainstream love of baseball and its affinity for the good ol’ Americana audience. Naturally there is crossover between those who watch organized sport and those who enjoy the American wilderness, but this film beautifully connects the dots for audiences who may never have considered it.

By pairing MLB pitcher Daniel Norris with legendary photographer/videographer Ben Moon, YETI created a canvas for a beautiful collision of worlds that magnetizes a broader demographic.

The films and their subjects address real, human emotion. They establish an instant connection between the brand and viewers. This balance of marketing and sentiment creates trust over time that puts a brand top-of-mind with consumers when given a choice between others.

YETI wasn’t even the first to see the magic of Daniel’s story. VICE Sports ran a segment roughly a year prior. But YETI saw a common ground between Daniel’s values and their brand vision, so they went for it.

Daniel and Ben each shared behind-the-scenes updates of the project on Instagram during creation and reflect to this day on how it came to be.

Moral of the story: Brands can find inspirational parallels anywhere. Keep watching and listening for those who embody your target audience and find a creative way to partner.

Columbia redefined brand ambassadorship by hosting a social competition. While user-generated campaigns sometimes flop due to a lofty barrier of entry, this contest thrived. According to its site, “Thousands applied. Dozens interviewed in three countries. And finally, after scouring the planet, we hired two crazy people willing to give up life as they know it to become the next Directors of Toughness.”

Boiled down, Columbia began the activation by hosting a series of interviews atop mountains and other outdoor backdrops, begging eager participants to put their money where their mouth was regarding their affinity for the outdoors. Once chosen, the Directors were given the chance of a lifetime to test Columbia gear all around the world in some of its most trying conditions.

The virality of response was nothing short of impressive, but the supporting content marketing play that emerged was the real brilliance. Columbia leveraged each Director both as a brand entity and as individuals, chronicling their journey and capturing video, blog and other social content for ongoing promotion of their brand.

In my opinion, this approach positioned Columbia as a brand that’s committed to building authenticity and approachability with their target demographic. Not only did they create a venue to interact with individuals in a memorable and genuine fashion, but they found everyday people who resonate with their masses and perpetuate the rugged and perseverant nature of their products. As I began to connect with each Director through the content they produced, I subliminally grew closer and closer to the brand behind the project.

Overall, a beautiful take on the creative influencer campaign.

Looking for a partner to guide your influencer marketing efforts? We’re no stranger to tried-and-true tactics that spark engagement, expand reach and put companies smack-dab in front of key audiences. In fact, we recently launched two integrated campaigns (#TheBreatheProject and #ExperienceMore) with the GORE-TEX® brand that leveraged professional athletes, international vloggers, and Olympians who made quite the splash within the outdoor market and even earned local accolades like the 2017 Phoenix ADDYs Best of Show and First Place for Social Influencer Marketing at the 2017 AZIMA TIM Awards.

We’d love to discuss your needs and a creative way to bring them to life. Stop by our office or contact us today and let’s get started! Whatever the industry and whoever your audience, we’ll find a great way to influence the future of your business.