3 Tips to a Successful Product Launch 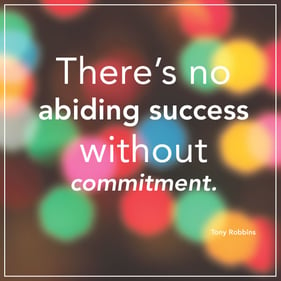 Product launch. Sending your baby out into the world can be a terrifying thought, but it doesn’t have to be. Anyone who has been working for months getting ready for a product launch knows the stress and the fear that can run rampant. Much of this is caused by the unknown, the fear that you’re missing something that could go wrong and completely tank your product launch. So below we’ve shared some of the best ways to avoid the common pitfalls in introducing your product to the public.

“Develop the Minimum Viable Product (MVP), that which has the highest return-on-investment versus risk. It’s the product that’s ‘big enough’ to sell in volume, with good margins, but not so big as to have exponentially increasing risk and investment with each new feature.” - Frank Robinson, CEO of SyncDev, Inc.

The product that will have the greatest profit and least risk – the MVP – should always be at the forefront of your launch campaign. One of the biggest issues many companies make is trying to do too much with their product at once. They forget their MVP and the key services it provides, putting too much forward at once. Creative ideas are great. That’s what led to your product in the first place. But their execution must be kept in check. It can be very easy for a team to sit down and create a heap of great ideas for a product, but it’s the product’s core purpose that you are selling, and that’s where the body of the campaign should focus.

Beware of the premature launch

A premature product launch occurs any time a product is released before it is really ready. Whether the programming needs fine- tuning or the materials will not stand the test of time, there are a number of ways the product can be unprepared. For example, take the launch of the Windows operating system, Vista. Before its release, Microsoft implemented a massive marketing campaign to support the launch, creating anticipation among its extensive audience. But even with its strong efforts, the product still failed. It turned out that Vista had numerous bugs and needed significantly more testing, which resulted in tremendous backlash. The product was clearly not ready, but because of all the hype around it’s anticipated release, it was pushed out anyways.

How could this have been avoided? I can’t say what unknown influences there were in the decision to launch, but the product simply should have been given more time. Although the bugs were eventually worked out, the launch caused most consumers to avoid the product altogether.

A product that’s actually ready has been thoroughly tested with no issues, and it has an outstanding marketing plan to back it. Furthermore, everyone on the product teams are familiar and comfortable with the product branding and goals, so that their delivery of all assets are cohesive.

“Unless commitment is made, there are only promises and hopes... but no plans.” - Peter Drucker

A commitment involves more than just planning and making promises. It requires individuals who hold themselves responsible for their work and complete tasks that need to be done. When you commit to a product, the commitment doesn’t end at product launch, but carries over to the maintenance and improvements of that product in the future. It’s critical to have a plan for the future of your product, considering successes, failures, and competition.

The team of individuals working on a product must be equally committed. Sometimes garnering that commitment can be a challenge, but encouraging your team through positive reinforcements and recognizing hard work will support their engagement. Couple that with strong communication between teams, and you get team members who understand the goals of the product and its corresponding campaign.

Product launches are stressful – that’s just the nature of it. But by preparing yourself with the key areas to pay attention to, you can give your customers that magical moment when they find the thing that they didn’t know they were waiting for. And that’s when it gets exciting.