Is the EU’s “Right To Be Forgotten” Ruling the Next Step in Internet Censorship?

Last month, the Court of Justice of the European Union announced that European citizens have a “right to be forgotten” (“RTF”) by search engines. According to the ruling, search engines must remove any information deemed “inadequate, irrelevant, or no longer relevant,” or else be faced with fines.

The fiasco began when a Spanish citizen wanted his real estate debts removed from the internet. When the newspaper that originally published the information refused to take it down, he took the issue to court. The situation escalated, and now search engine companies are suiting up to face the flood of removal requests that are already pouring in.

Unfortunately, the language of the court decision is hazy at best. What determines the adequacy or relevance of a given article? And what is the definition of a search engine in the first place? Unsurprisingly, the search giants are not happy. But the the question floating on everyone’s minds is:

Barring certain search results from appearing certainly toes the delicate line of free speech. “A simple way of understanding what happened here is that you have a collision between a right to be forgotten and a right to know,” says Google Executive Chairman Eric Schmidt, “From Google’s perspective that’s a balance. Google believes having looked at the decision, which is binding, that the balance that was struck was wrong.”

Yahoo, too, believes the ruling is misguided. “Since our founding almost 20 years ago, we’ve supported an open and free internet,” says a Yahoo spokeswoman, “not one shaded by censorship.” 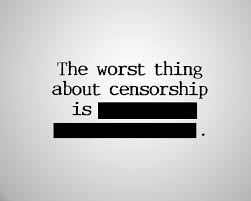 But is it censorship? That was certainly not the intention. The idea was that your average Joe wouldn’t have to spend his life in the shadow of, say, a mistake in college. Private information would remain private. It makes sense.

Unfortunately, many argue that on the practical level, the dubious language of the directive leaves extensive opportunity for misuse. Could a criminal use RTF to clear his or her record from casual searchers? Could incriminating photos from last weekend be removed? Could a restaurant block negative reviews? Everything has relevance to someone, and removal of formerly public information could greatly inhibit someone’s ability to make effective decisions.

“The EU court decision is an embarrassment,” says Peter Scheer, executive director of the First Amendment Coalition, “It reads like a bureaucracy interpreting tax regulations, not a high court balancing first principles of free speech and individual privacy.”

It’s not the first time

Google has been pressured before to pay closer attention to its undesirable search results. Earlier this year, 24 state attorneys general pushed for the search engine to stop indexing sites that directly enable or otherwise support criminal activity. Google responded that it would hire 120 employees to flag “rogue ads and videos.” While Google has not delisted any of these websites, it has curbed their effect by removing 1,200 questionable search queries such as “how to get away with robbing a house” and “how to buy slaves,” which formerly led users to illegal or dangerous sites.

But not everyone is satisfied. According to the state attorney general of Hawaii David Louie, “As the chief law enforcement officers in our state, we are saying, ‘Google, we need you to do more. You’re the big dog. You’re the number one search engine.’ ”

At the heart of the RTF ruling and de-indexing of illegal sites is the idea that the responsibility for sensitive information lies with search engines rather than the original source. On one hand, using search engines to clear away the negative information is extremely effective for the relatively small efforts required (if you consider 120 employees on a single task “small”). But on the other, a search engine is merely an entity that republishes content. However inappropriate it might be, we wouldn’t fine a blogger for linking to a shady website; we’d target the shady website itself. Should Google be held to higher standards merely because it’s the “big dog”?

We’re not sure. But the fact is that the now-relevant Spanish newspaper article is still on Google – and it’s more popular than ever.

The Business Value of Quality Assurance in Digital Marketing