Brands on social media stand out from the crowd like a guy selling his get rich quick scheme at a dinner party. It’s not a conversation; it’s an overbearing monologue that leaves you feeling like the only thing the guy (or the brand) cares about is your wallet.

One of the reasons I love Pinterest is the natural behavior of pinning functions the same for brands and everyday people alike. It’s not about clicking here and buying now, it’s about sharing interesting content that is meaningful. And when a brand does it right, people will become brand evangelists and re-pin your content.

What do you pin? It’s starts with content strategy. Let’s look at the top Pinterest categories according to Mashable. It’s safe to say that 99.9% of the people in the industrialized world care about at least one of the following, which means there is pretty good odds that Pinterest is a fit for your brand: 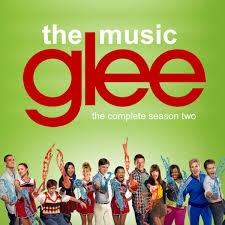 Let’s put my theory into action. GLEE on FOX is a prime brand for Pinterest. There is a heavy component of fashion and style, education and humor. That means GLEE has three of the top 10 categories working in their favor.

They have about 20,000 followers, 10 boards, 200 or so pins and they’re following less than 20 users. Not bad, right? Wrong. For a popular TV show that has been on the air since 2009 with an average viewership of 7.3 million people, they should have a much stronger presence.

I’ll give them props just for being on the platform and posting original content, but the show is so much more than what they’re sharing on their pin boards. GLEE is pop culture. The show covers top musical acts across genres and generations, such as Beyoncé, Justin Timberlake, the Beatles and Madonna, and it tackles controversial political and social issues that people are passionate about. So, where is all the content related to any of that?

A content strategy can take months, but for the sake of time, I sat down and had a four-minute brainstorm where I was able to come up with several boards that could help GLEE’s Pinterest presence grow exponentially:

Is it the perfect strategy? No, but it’s a start. That’s the beauty of digital media. It’s all about testing your theories and then correcting course. Some of the boards I came up with could be unsuccessful, but some might explode in popularity. The interaction will drive future content.

The show has recently announced it will be ending after next season but I hope their Pinterest page doesn’t end with it. Teens will continue to face issues of identity and GLEE could have a powerful voice when it comes to helping them through some difficult times.

GLEE has a lot of original content. They have plenty of preexisting material to pull from, and when that runs out they can curate pins that others have posted. That’s right, you don’t have to own your own content. According to the same Mashable article cited above, more than 80% of the content on Pinterest is repined. It’s free content!

Pinterest can be your best friend if you use it right.  Brands and users interacting on the same level, pinning and re-pinning content they both care about, makes for a win-win.