Social Media in the Workplace

Are you allowed to use social media at work?

For many employees, the answer from management is a definite No. On some level it makes sense, as social media is widely understood to be a time waster. It’s like watching TV: mindless, probably useless, and certainly best suited for after work. But I believe that social media should be allowed in the office – in fact, it can make your office a vastly better place. 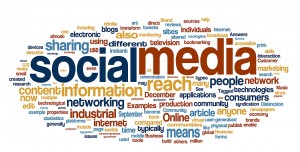 First, some background. Right now, 42% of employers prohibit workers from using social media. This is unfortunate for many reasons, but first because social media plays a huge role in drawing new talent. In fact, some 56% of millennials say they won’t accept a job unless social media is allowed at work. Connectedness is vital to generation Y, and overlooking this fact could adversely affect hiring and turnover rates.

I’ve talked before about how, for the millennials, social media is an important part of daily communication and identity. But really, it’s not just millennials. About half of employees using social media at work are over the age of 35. Social media is now a regular part of human interaction in our society, and denying this fact is counterproductive.

So I wanted to address the fears. Social media has a place in the workplace, and the naysayers’ arguments just don't hold water.

This is the biggest fear that can be heard in offices across the nation. But you must remember that productivity is not merely hours spent working on a project – it’s the result of that work. You have to measure productivity by, well, the products.

According to Forbes, 34% of employees say they slack at work because they work too many hours. Even Leonardo da Vinci understood this: “It is also good every so often to go away and relax a little for when you come back to your work your judgment will be better, since to remain constantly at work causes you to deceive yourself."

Social media can provide a much-needed mental break in the heat of a project. It can also be welcome stimulation for extraverted personalities that thrive off of interaction. Experts say short breaks are necessary to keep employees at the top of their game. Social media can be a quick way to turn off the mental straining for a few minutes and recharge.

Workplace solution: To get the most out of social media breaks while discouraging procrastination, create accountability. Open desk arrangements where screens are visible is often enough of an incentive to limit social media.

“Employees could misrepresent the company”

This fear misses the point entirely. Whether an employee speaks poorly of your company while on the clock or off it has very little impact on the fact that they are misrepresenting it in the first place. If you’re seeing disgruntled Facebook posts, don’t create a social media rule – fix the problem. Frankly, banning social media isn’t going to win any points anyway.

“It breaks down face-to-face communication in the office”

Actually, social media can really help office communication. One study found that three in five workers say social media has resulted in better relationships at work, and one in three have used social media in furthering work-related projects. Like email and instant messaging systems, it can be a casual way for employees to interact with acquaintances and build stronger relationships, which leads to better communication overall.

Workplace solution: Think of social media as a communication tool and consider formally recognizing its role, such as by creating an employee-only Facebook group. Don’t fear social media – take advantage of its benefits!