Magazines Stepping Up to Show They’re Here to Stay

At Laneterralever we like to adhere to a healthy mix of traditional and digital advertising. That said, the predictions of the demise of traditional media outlets like magazines can’t be ignored entirely. To combat this common belief, magazines are opening up to show the world that they are adaptive and aren’t ready to kick the bucket just yet.

The Association of Magazine Media (MPA) recently released the first 2014 Magazine Media 360 Brand Audience Report. The goal of the report was to measure consumer demand for magazine content from a variety of different delivery platforms including both print/digital editions and website access via laptop, desktop, mobile, video, and social. While it did not assess the value of magazines for advertising, it did evaluate the audience numbers.

We know that audience numbers aren’t the best statistic for success, but they do show that there is still a demand for titles that have a strong digital and mobile presence.

The data looks at audiences for 147 of the most renowned magazine titles. When it comes to combatting the allegation that magazine numbers are dwindling, these numbers are the vindicators. Results show that the mobile audience has nearly doubled from just one year ago and video audiences have increased by over 50%. In total, the audience for magazines from all platforms increased by roughly 10%.

It is important to pay special attention to the mobile audience increase. With the ever-growing popularity of smartphones and evolution of technology, marketers must develop a significant mobile presence. This was made evident by the slight decline of desktop and laptop visitation (a little under 5%).

Below we have visualized some of the report’s findings: 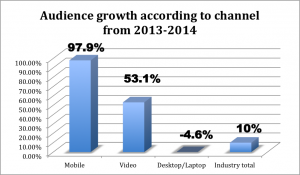 Not all magazine titles have taken to the concept of adapting and going mobile. The dwindling viewer scores for issues of Redbook (-1,156) and Popular Science (-1,099) are archetypal examples of what will happen if traditional media platforms aren’t willing to make adjustments.

Magazines aren’t dead; in fact viewer numbers are increasing in recent years. Perhaps the threat of destruction is raised for media outlets that aren’t willing to adapt to technological trends and changes. If you want to keep on top of the game, research consumer platform preferences then make the appropriate delivery changes. 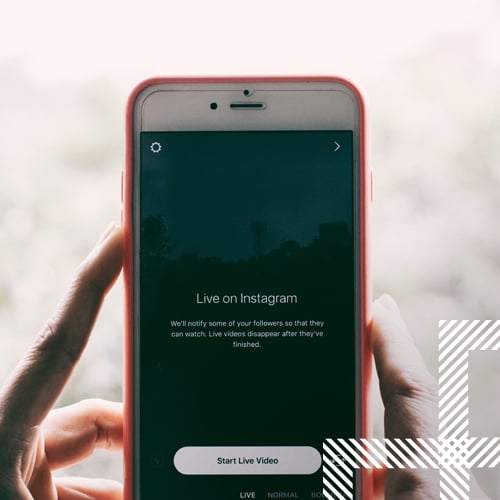