“How can we engage the public in this mission?”

When I began working as a documentary producer and editor for NASA at the Jet Propulsion Laboratory in 2007, public engagement was our main objective. Space exploration, one of the most exciting and risky endeavors in all of human history, has all the ingredients for a great story, but it was the delivery that needed the punch. We had to rethink the documentary series model from the ground up. Enter, the web series. 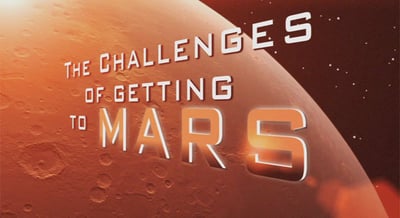 At that time, the web series phenomenon was reaching critical mass. I’d experienced it firsthand through a dramatic web series I co-produced and directed in early 2007, titled “The Dirty Bomb Diaries.” Diaries netted over two million views online, so adopting that model for the Mars documentaries was a no-brainer, and it worked.

“The Challenges of Getting to Mars” was the series we create, beginning with the Phoenix Polar Landermission. I designed an opening title sequence to lead off each episode and every episode would wrap on a cliffhanger—a "we’ve come this far, but there are still daunting challenges ahead" moment. I’ll never forget the first episode I produced, which was about transporting the Phoenix Polar Lander spacecraft from Lockheed Martin in Colorado to Cape Canaveral, Florida, for testing and launch.

Transporting spacecraft, costing hundreds of millions or billions of dollars, is not so simple considering you can’t just use FedEx. No, the task is one of large proportions, involving hundreds of people, years of planning, assistance from highway patrol and the military. Phoenix was ultimately flown in the back of a C-17 transport from Buckley Air Force Base to the Spacecraft Assembly Facility at Kennedy Space Center.

Watching and filming this process, I began to wonder—what does it feel like to be the forklift operator who gets to unload this half a billion dollar, one of a kind spacecraft from the back of a flatbed truck, and onto a military aircraft? No pressure, right?

It’s not enough to tell a great story—how you tell it is vital. The documentary style of two-hour long, slow moving narratives and gradual pans and tilts over old photographs, referred to as the Ken Burns effect, had to be upgraded to a modern, visual language. That meant using advanced 3D animation, motion graphics, quality music and sound design, which modern audiences find familiar.

Over the course of two missions, Phoenix Polar Lander and the Curiosity Mars Rover, the "Challenges of Getting to Mars" series engaged the public through key episodes such as "Seven Minutes of Terror.” Entry Descent and Landing (EDL), was the phase of the mission that inspired the most tangible sense of drama, and dare I say, terror. In the many pieces I had the opportunity to produce, none drew as much engagement as the one, simply titled, “Seven Minutes of Terror.” 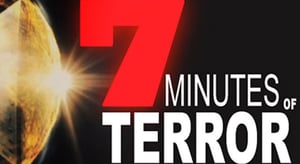 Adopting the tempo of a modern day movie trailer, our team built the "Seven Minutes of Terror" piece focusing on this harrowing and seemingly impossible phase of the Curiosity Mars Rover mission. All we had to do was effectively present the setup for EDL: our multibillion-dollar spacecraft with the most advanced science payload in history is bulleting toward another planet, will strike its atmosphere at over twelve-thousand miles an hour and seven minutes later land with wheels down on the surface at a mere two to three miles an hour. How in the world will NASA pull this off? Is it even possible?

The excitement was tangible. The video captured the drama and tension of this perilous journey to the surface of the Red Planet so well it went viral. “Seven Minutes of Terror” drew in millions of views, and was featured in a segment of CBS Nightly News. We had requests for pre-roll in movie theaters, museums, and a host of other venues. Everyone was buzzing about the piece, and more importantly, the mission.

To this day, I still point back to the "Challenges of Getting to Mars" series as a monumental success. If you’d like to see the other episodes in the Curiosity Mars Rover series, they are available here.

In this world, now driven by online content, it’s interesting to see first hand the evolution of the web series. Once an experimental sandbox full of confessional videos and would-be television shows, it’s matured into a thriving landscape of rich content. In just a few minutes, well-made episodes can quickly bring the world together around an idea, a character, or in the case of "Challenges of Getting to Mars,” a history making mission to another planet. 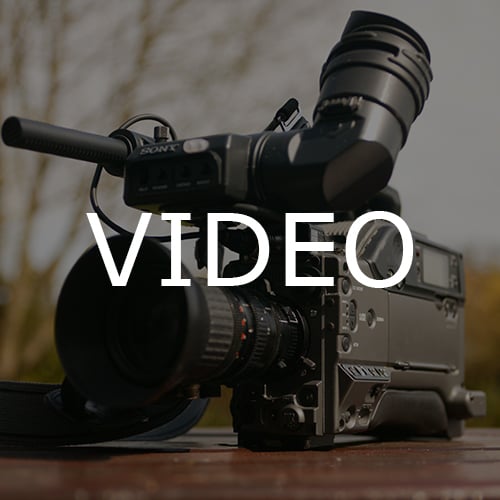